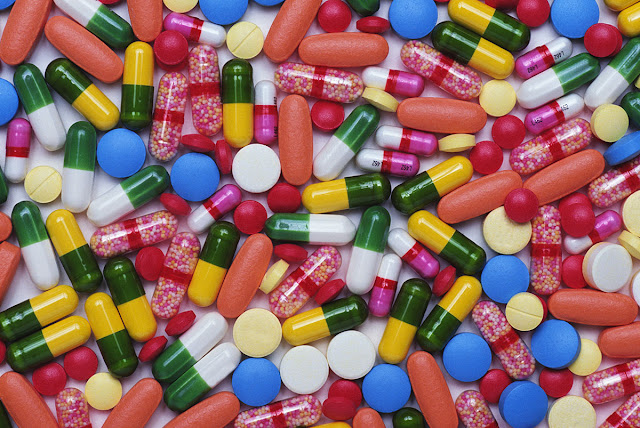 Medications have been a part of life since time began. There are some safe natural medications to be taken and some not so safe, highly controversial drugs being prescribed. Now, these same health risk drugs are being prescribed to help cure other health problems. Below are some of the top medications, used for double duty, that doctors are giving their patients.

Finasteride or Propecia May Cause Cancer

Finasteride, also known as Propecia, is a hair-loss drug. The American Society of Clinical Oncology and the American Urological Association are recommending that the millions of men, age 55 and older, ask their doctor about finasteride. In recent studies, taking this drug has shown that it wards off prostate cancer. In a study of 18,000 men done in 2003, finasteride cut the risk of prostate cancer by 8 percent.

The down side to this drug is that it will cost an average of $90 per month. Not only that, the use of this drug may lead to high-grade cancers. While the proponents have denied these findings, many doctors have voiced their concern over the use of finasteride. Dr. Aaron Katz, director of the center for Hostistic Urology at Columbia University, and Robert Getzenberg, director of Urology Research at the Brady Urology Institute at Johns Hopkins Hospital both agree that this drug may be potentially dangerous, and its use leaves too many unanswered questions.

Phosphatidylcholine May be Unsafe to Use Cosmetically

Phosphatidylcholine is a soybean based, FDA approved treatment for breaking down fat in the blood. Its other names include lipostabil and lipodissolve as a surgery-free fat buster. ABC News interviewed Dr. Malcolm Roth, director of plastic surgery at Maimondes Medical Center in Brooklyn, N.Y. In a report to ABC News, he said that there is no real scientific study showing that phosphatidylcholine definitely works. He wonders about the chemicals and if they are safe when injected into fat.

Despite the dangers of this procedure, the number of clinics offering this treatment is growing. Many of the physicians performing this procedure lack the training in liposuction, plastic surgery or dermatologic surgery. Startling enough, even dentists are using it. Cosmetic surgeons and dermatologists agree that people just wanting a slimmer look should avoid these injections. Brazil and other countries have banned its use for cosmetic purposes.

In 1985, the use of Ecstasy became an illegal substance in the United States, but researchers hope that one day it can be used to treat post-traumatic stress disorder. They are thinking it will be especially useful for the returning veterans. A group of psychiatrists discovered that Ecstasy affects the level of serotonin.

Serotonin is a brain chemical that regulates the mood and is effective used as a therapeutic tool. In 2004, the U. S. government authorized a human study, even though it is still illegal to use, but they have hopes that it can help heal those suffering from emotional scars, or traumatic events that have happened to them.
Today, Ecstasy remains on the government’s list of Schedule 1 drugs. This classification also includes heroin, cocaine and methamphetamines. Researchers and others are still hopeful that the restrictions will be lifted so it can help the returning solders.

Thalidomide is a very controversial drug. It was first used in 1957 to help ward off morning sickness that pregnant women experience. While it helped in the morning sickness, it had severe side effects. Babies were born with severe birth defects, such as cleft palates, missing or abnormal limbs, spinal cord deformities and organ abnormalities.

A very small group of people benefited from this drug. It helped those that had erythematic nodosum leprous (ENL). This is a severe and debilitating leprosy-associated complication. Although the World Health Organization is against the use of this drug, in 1998 the FDA cleared this drug to be used for leprosy. Since it has big risks to unborn babies, the use of this drug is under strict supervision. Women must undergo pregnancy testing before and during their treatment. Men are required to use a condom whenever they have sex. All patients receive a 28-day supply and must see their doctor before they get any more refills of this drug.

The list of these drugs is only a partial one. As in all things, before considering any kind of medication know the risks involved. Do those side effects outweigh the problem? Can a safer solution be found? Talk to your doctor and make an informed decision.