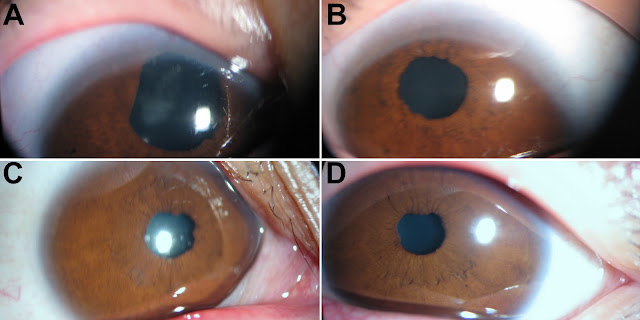 Taking a set of vitals is standard procedure for all medically trained caregivers and while patients rarely give it a second thought, health professionals love vital signs. The importance of these signs is self-evident to the medical world; they are the clues to a condition, an attribute of life and once in decline, a harbinger of death.

Vitals are not just numbers; they reflect a patient's well-being and show changes in circumstances, often particularly important ones. The eyes may be the windows to the soul, but just the pupils can reveal plenty of information for diagnosis purposes.

The pupil of the eye resembles a black hole that can constrict (close), or dilate (open), in response to various factors. Essentially the role of the pupil is to adapt and change size to allow the maximum amount of light into the retina without causing damage. The retina converts the light into nerve impulses which travel to the optic nerve and then directly to the brain, allowing a person to see.

Pupils have an involuntary reflex but they can and do react to emotional states. Pupil sizes can portray the following emotions:

Medical caregivers examine pupil size because they can be directly correlated to health conditions. In this case, it isn’t only the size of the pupils that are noted but their reactivity and equality too. In normal circumstances, pupils should be neither large nor small, but average. If extra light is supplied, both pupils should constrict and if surroundings become darker, both pupils should dilate, equally. What happens in one eye should also happen in the other, giving a bilateral reaction.

Drugs are by no means the single factor of pupil change, but depending on the type of drug involved they can cause pupils to constrict, dilate, or show a lack of reactivity. Drugs are often the first suspect in any pupil changes where there has been no trauma and no history of an existing illness.

As with any vital sign, a baseline should always be taken for comparison purposes. When checking the pupils, note the size before shining a light into them. Do one eye at a time covering the opposite eye with your hand. When the light hits the pupil it should constrict and when the light is removed, it should dilate back to its normal position.

While the pupil size, reactivity and equality will not specifically diagnose a condition, it can offer tremendous clues for health professionals in the pursuit of a diagnosis.