Gastrointestinal reflux refers to the chronic digestive condition commonly called acid reflux. The lower esophageal sphincter functions as a valve. This muscle located in the esophagus remains closed most of the time. It opens to allow food and fluids to pass to the stomach. In the presence of acid reflux, the lower esophageal sphincter does not close completely or may open spontaneously for varying lengths of time. Food and acid from the stomach flows back into the esophagus. Acid blockers, which include H2 blockers and proton pump inhibitors, are a group of medications used to treat acid reflux. 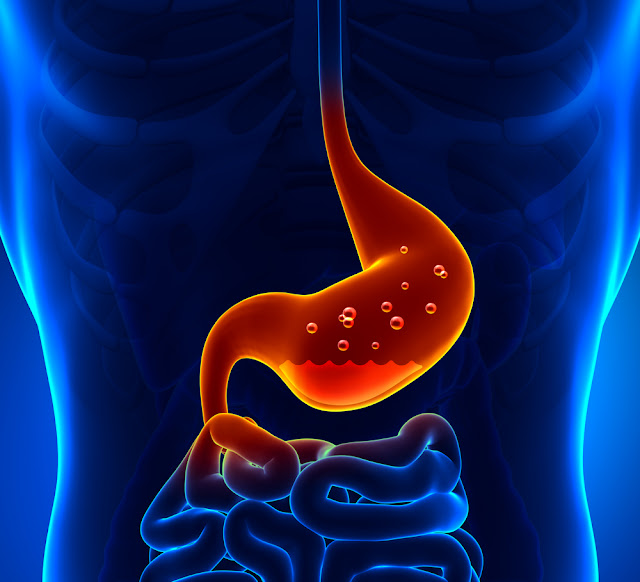 Medical experts acknowledge a malfunctioning lower esophageal sphincter as the mechanism for acid reflux but the exact cause for this problem remains unclear. According to the Medical News Today website, certain conditions, foods and habits contribute to the incidence of acid reflux.

Women can experience acid reflux during pregnancy and especially during the third trimester. As the baby grows, increased pressure is applied to the stomach resulting in the reflux of food and acids into the esophagus. In an article published in the January 2006 issue of the American Journal of Gastroenterology, Douglas Corley reports the documented link between obesity and acid reflux. A review of 20 studies on this subject confirmed an association between increased body weight and the incidence of acid reflux.

Smoking increases the production of stomach acids, weakens the esophageal sphincter and slows the process of digestion. The delay in the digestion process causes the pressure in the stomach to remain high for a longer time. Increased stomach pressure results in acid reflux.

A burning sensation spreading from the stomach up to the throat is the most common symptom of acid reflux. This sensation of heartburn occurs following a heavy meal, when bending over or lifting a heavy object or lying down. Most people with frequent acid reflux experience heartburn at night. Another commonly experienced symptom is the sensation that food is trapped in the chest. Less commonly experienced symptoms are a chronic sore throat and persistent hiccups.

The aim of treatment for acid reflux focuses on acid suppression. Prescribed medications reduce the amount of acid produced and correct the function of the lower esophageal sphincter are referred to as acid blockers. This group of drugs includes H2 blockers and proton pump inhibitors.

The H2 blockers block the histamine receptors which are located on the acid producing cells found in the stomach. Initial treatment employs over- the -counter H2 blockers. If the symptoms of acid reflux are not relieve with over-the-counter strength H2 blockers, a physician will order the stronger prescription strength form of these drugs.