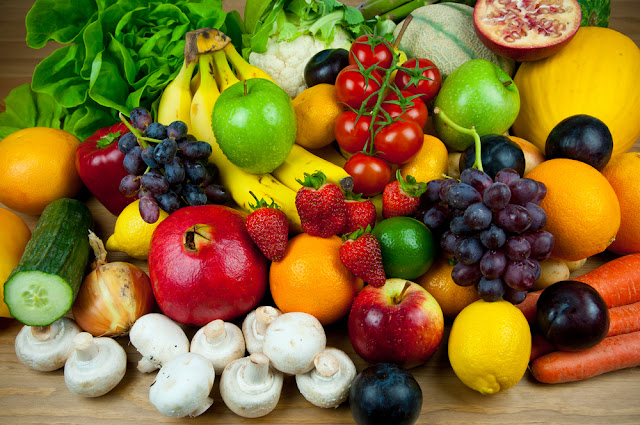 In the natural process of cell respiration – oxidation – an oxygen electron is lost and becomes a free radical, an unstable molecule that can go on to damage cells and DNA. Antioxidants disable free radicals by donating electrons. Free radicals also form due to air pollution, radiation, pesticides and smoking. Antioxidants are a broad category that includes phytochemicals, vitamins, minerals and fiber. People gain these antioxidants by eating fruits, vegetables, grains, nuts, spices and herbs – a healthy way of eating.

Scientists believe antioxidants lower the risk of cancer by preventing free radicals from damaging DNA, and ease heart disease by controlling inflammation. Antioxidants support the immune system and are anti-aging. The American Institute for Cancer Research recommends consuming a wide variety of plant food, between five and nine half-cup servings per day, to keep in good physical shape. Barry Sears, Ph. D., of The Zone Diet fame, suggests eating five servings of fruit and 10 servings of vegetables per day.

A big part of antioxidants is plant nutrients – phytochemicals – and they are classified in many unusual-sounding names that have come into general use. Plants use phytochemicals for self-protection, and the plant food protects humans too. Scientists know there are thousands of plant chemicals, and are in the midst of their research. Brightly colored fruit and vegetable peels are especially laden with wholesome phytochemicals.

A popular phytochemical class is the carotenoids, which are further broken down into now-familiar-sounding nutrients like beta-carotene (for example, carrots and broccoli), lycopene (tomatoes and watermelon) and lutein (kiwi and romaine lettuce). Another large family is the flavonoids, which include the anthocyanidins (berries and plums), flavanones (citrus fruit), and quercetins (apples and red onions). Then there are the cruciferous vegetables containing sulforaphane (cabbage and cauliflower) and indole (Brussels sprouts and broccoli).

Actually, most fruits and vegetables are composed of hundreds of nutrients; for example, some of the known ingredients in red grapes are resveratrol, quercetin, and ellagic acid, while popular nutrients in kale include beta-carotene, lutein, quercetin, sulforaphane and indole.

The National Institute on Aging, an arm of the United States National Institutes of Health, developed a measurement system for comparing antioxidant capacity in nutrients. The unit of measurement is called the Oxygen Radical Absorbance Capacity (ORAC). It turns out that small amounts of herbs and spices are more heavily packed with antioxidants than larger amounts of fruits and vegetables. For example, just one teaspoon of ground cinnamon scores a 6956 on the ORAC scale, whereas a comparatively large half cup of broccoli rates a 620.

The top five antioxidants are found in beans and blueberries, according to the June 9, 2004 issue of the Journal of Agricultural and Food Chemistry. The United States Department of Agriculture (USDA) rated just fruits, vegetables and nuts, and came up with this order:
Number 17 on the USDA list is the common, humble and cheap russet potato. It was developed over 100 years ago and if grown in Idaho, USA, is called the Idaho potato. Besides rated highly for antioxidants, the lowly russet is nutritious. Nutritiondata.com analyzed a large, cooked potato that had seven grams of fiber, eight grams of protein, minimal salt and sugar and no sat or trans fats.

Although it had 290 calories, it was high in vitamin C. The trick is not to spoil this wholesome food with unhealthy condiments.