Heatwaves during 2003 in England and France swelled the numbers of those with heart conditions. In France 11,000 people died in the first half of August in that year when the temperature peered over 40C. Many deaths occurred from cardiac problems relating to heart ailments other than a heart attack. 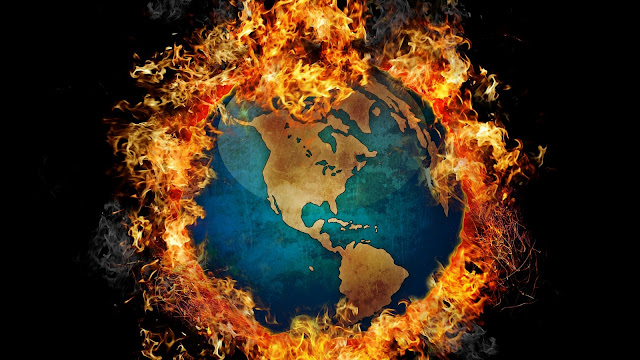 Record temperatures in the UK also led to an extra 2,000 deaths, and experts predict heart mortality rates will increase as the effects of global warming worsen.

An accompanying editorial, written by Dr Paola Michelozzi and Manuela De Sario of the Lazio Region Department of Epidemiology in Rome, said that health problems associated with heatwaves would outweigh any health benefits from global warming. They also said that action to reduce greenhouse gas emissions by lifestyle choices would improve health.

For example saturated fat consumption would be lowered if diets included fewer animal products that lead to greenhouse gas emissions through grazing. Healthier diets would reduce the rates of heart disease and be a key part of a strategy for greenhouse gas management.


British Heart Foundation Advise on How to Counter Cold Winters

The British Heart Foundation have responded to the study by warning heart patients they should stay warm in winter. Increased risk from heart problems can be countered by wearing suitable clothing and keeping houses sufficiently warm.

A senior cardiac nurse for the charity told the bhf.org.uk website “Although the increased risk is small, if there is a nationwide drop in average temperature it could equate to a significant number of heart attacks each day... This timely piece of research reminds us that older people and anyone with heart disease should keep warm in their homes after the summer draws to a close.”

Low temperatures last winter resulted in more ‘excess deaths’ - the amount of those who died compared to the same time in previous years - than in over a decade.