Acupuncture has been practised in Asia for thousands of years and its use as a treatment for numerous illnesses have been well documented. 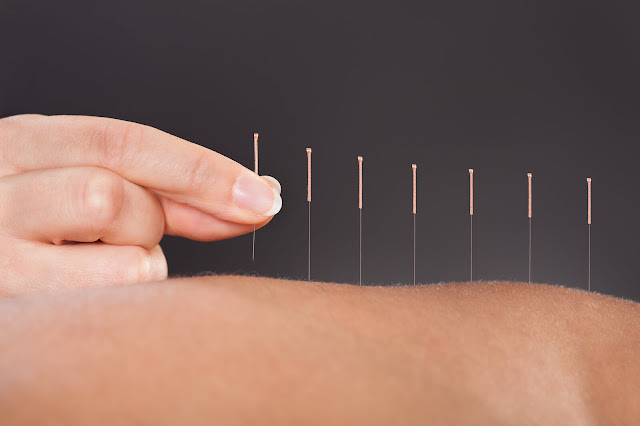 A form of Traditional Chinese Medicine, Acupuncture is an increasingly popular type of complementary/alternative medicine that uses needles to help stimulate different "meridians" in the body. It is based on the concept that the life-force energy of the body runs through various areas or pathways in the body. By inserting small needles into various points and depths, it's considered that a rebalancing of this life-force energy (called 'Qi') will promote good health and correct many ills. Currently there are over 400 known points on the body and each correspond to various bodily functions.

There are documented cases that have shown that acupuncture is effective in treating maladies such as nausea and vomiting associated with pregnancy and chemotherapy, minor aches and pains, dental pain, headaches, migraines, osteoporosis and fibromyalgia to name a few. However, major diseases such as diabetes, cancer or high blood pressure do not tend to respond to this treatment, although it can be prescribed for help in symptoms associated with them.

While the treatment can help with the whole host of illnesses listed above, there is still some controversy which surrounds this treatment for the reduction of cravings. The results have been mixed, especially around the issue of smoking cessation. Although it may reduce withdrawal symptoms, it isn't being touted as an entirely reliable cure for this addiction.

In China, where the most extensive and comprehensive schooling is available, it can take 3 to 4 years to graduate. The needles must be placed in the correct spot, so it is essential that qualified individuals perform the procedure.

Interest in the West

Although Western medicine has embraced acupuncture as a treatment in recent years, many insurers still refuse to cover these treatments and repeat visits can be costly.

Yet just because the insurance company doesn't pay for it, its many benefits have been acknowledged by the medical community. In the US, the Mayo Clinic has had a full time staff for acupuncture since the 1970s and the National Institute of Health has recommended acupuncture for various treatments since 1997. It is generally accepted that acupuncture has its place and should be considered as an alternative, or in addition to, conventional treatments.

Ultimately, the best way to figure out which treatment is best for you is always to discuss your options with your physician and follow their recommendations.