Skin Patches Could be a New Era in Vaccine Against Pandemics 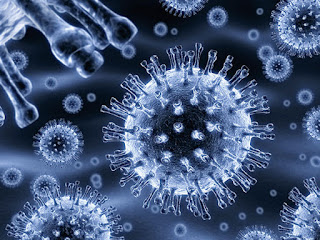 The breakthrough has the potential to spell the end of using needles to vaccine against pandemics.

It’s believed that the patches could be sent out in the post and could be administered by anyone with no need for medical training.

The skin patches possess several microscopic needles that are made of biodegradable plastic.

The needles can painlessly enter the surface of the skin and deliver the vaccination into the system.

Tests have so far indicated that the patch can possibly work better than the traditional way of vaccination using syringes.

Experiments have been conducted in laboratory’s on mice and revealed that the patches are better than injections at preventing flu.

This is due to the vaccine entering the body at skin level which is the most important area for the immune system.

In contrast syringes place the vaccine into muscles that are not as adept at producing immune reactions.

Professor Mark Prausnitz of the Georgia Institute of Technology in Atlanta gatech.edu who led the research team is confident that the breakthrough has the potential to transform vaccination.

He told the independent.co.uk “The dissolving micro needle patch could open many new doors to immunisation programmes by eliminating the need for trained personnel to carry out the vaccination.

“This approach could make a significant impact because it could enable self-administration as well as simplifying vaccination programmes."


Developing World may Benefit From Breakthrough

One of the greatest advantages from the skin patches could be the increased capacity for treating developing world patients.

The reductions in necessary infrastructure has the potential to expand immunisation programmes reaching more of those in need.

Currently inoculating with needles is expensive and needs trained professionals to carry out the injections.

There would also be less of a risk of contamination from dirty needles using the patches, and the problem of how to store needles that need to be reused would also be eradicated.

Skin Patch Vaccination: How it Works

Each skin patch is to be armed with 100 micro needles, made from the plastic polymer polyvinylpyrrolidone, and are already in use for medical equipment that is placed inside the body.

The micro needles, which are six times the thickness of human hair, are then covered with freeze dried vaccine.
After the micro needles have pierced into the skin they dissolve within a few minutes ferrying the vaccine into the most important cells in the immune system, which are prevalent in the skin.

The immune cells inside the skin are designed to capture the ‘antigens’ that are a component of the vaccines.
Further trials involving animals will need to take place and it could be several years scientists believe before the skin patches become used routinely.

buy steroids without getting scammed