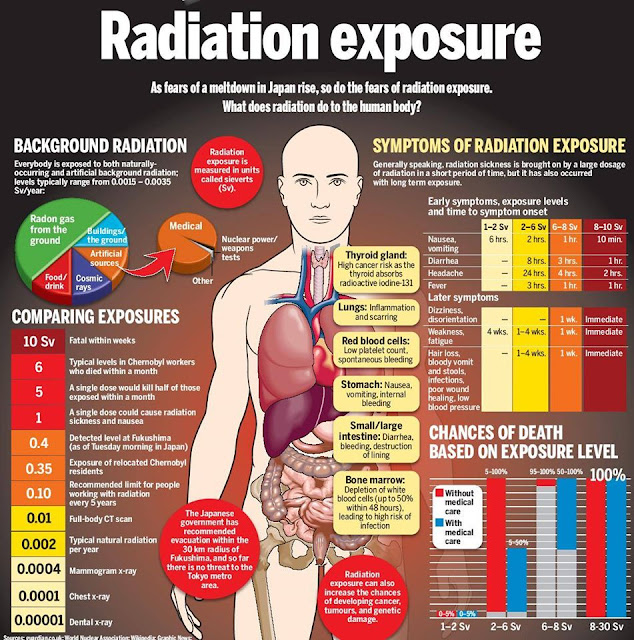 On September 11, 2001, terrorist attacks on US soil raised concerns about the repetition of similar activities, including attacks on nuclear facilities or the use of nuclear devices. The detonation of a “dirty bomb” (a conventional weapon designed to scatter radioactive material) could expose a large number of citizens to high levels of radiation.

The extent of tissue damage caused by radiation depends on the source and duration of exposure. The majority of acute radiation syndromes are caused by gamma rays and x-rays because these forms of radiation can cause damage at great distances from their sources. Deterioration of unstable atoms, such as iodine-131, contributes to cellular injury.

Signs and Symptoms of Radiation Sickness