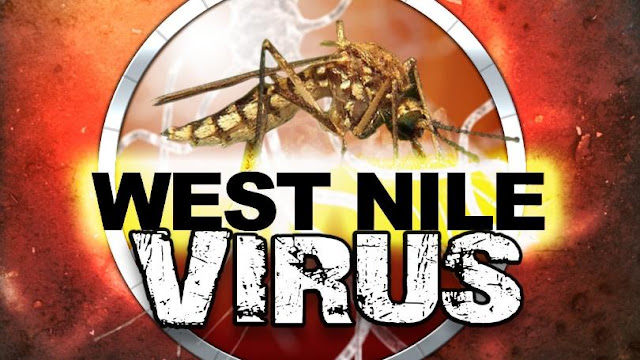 This is the time of year to worry about mosquito bites. The West Nile virus is an infectious disease, which is spread to humans by mosquitoes. This virus can cause serious problems. Symptoms can be as mild as a slight headache or as severe as respiratory failure. Discover how to prevent virus-carrying mosquitoes from breeding and biting. Become educated about the signs and symptoms of this potentially fatal disease. Knowing this information could be a matter of life and death.


Birds are the Culprits and Mosquitoes are the Carriers

The West Nile virus actually infects birds, not mosquitoes. The mosquito is merely the vehicle that carries the virus from an infected bird to an unsuspecting human. First the mosquito bites an infected bird and then it bites a human. The virus then goes into the human’s bloodstream. From there, it can spread to the spinal cord or the brain.

According to the Center for Disease Control, humans don’t spread the West Nile virus to other humans (except nursing mothers can transfer it to their babies). The germ that causes the West Nile virus is in a group called flaviviruses. Mosquitoes or ticks transmit these viruses. People need to learn how to prevent this life-threatening viral infection.

Anyone can contract this virus. However, people over 50 and those with autoimmune problems are at higher risk for potential problems. The most serious form of the disease is West Nile encephalitis. Encephalitis means inflammation of the brain.

The virus can also cause meningitis when the virus attacks and inflames the membrane around the brain and spinal cord. This can cause symptoms that vary greatly in intensity. An infected person may experience anything from a stiff neck to a coma.

West Nile poliomyelitis occurs as a result of inflammation of the spinal cord. This type of poliomyelitis can occur suddenly. People need to be diagnosed quickly and correctly. Testing blood and spinal fluid can pinpoint the problem so the correct treatment can be initiated promptly. Polio weakens muscles, paralyzes, and causes the lungs to stop working.


Prevent Mosquitoes From Breeding and Biting

Remove all freestanding water around the neighborhood. Water containers for birds and pets need to be emptied and cleaned weekly, at the least. Install, repair, or replace house screens. The Center for Disease Control recommends using insect repellents to protect against bites.
There are three often-recommended insecticides that are registered with the EPA.
Spraying exposed skin and clothing will ward off potential trouble. However, don’t apply sprays to the skin that is under the clothes—that could cause irritation. Follow all directions carefully. (Be sure to wash off the insecticides after each use.) For the best protection, wear shoes and socks and long sleeved shirts and pants. Tuck in all clothes to avoid insects crawling next to the skin. Avoid the outdoors at dusk or dawn, as these are the times of day when mosquitoes swarm.

Learn How to Spot Potential ProblemsMost people who contract this virus don’t ever know it. The symptoms are mild and they fade away without treatment within a couple of weeks. Those symptoms are usually vague and mundane such as: headaches, body aches, and loss of appetite, fever, diarrhea and sometimes a rash. These complaints are minor so people usually don’t seek medical attention when they occur. Other symptoms are more severe: high fevers, severe headaches, stiff neck, confusion, convulsions, sudden weakness or coma. These problems are serious enough to warrant immediate medical attention.

For those with serious complications the treatments can be intense and long term. And even after all that, the damage sometimes can’t be repaired. Many scientists are working on it, but no vaccine has been developed yet. So prevention is the key to avoiding this mosquito transmitted, life threatening, virus.