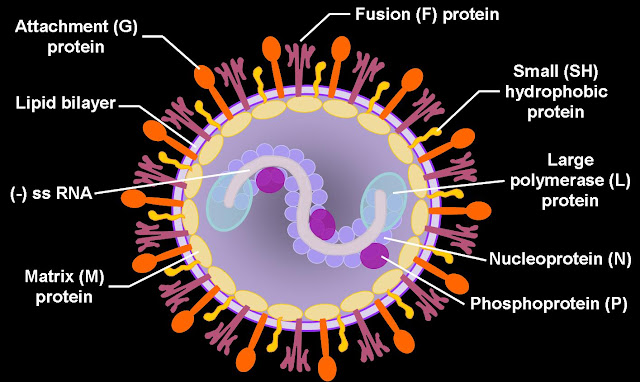 When an adult has cardiac related issues, there are numerous factors that may be the cause. Heart disease, high cholesterol, obesity and high blood pressure can all contribute to emergency cardiac incidents. In children and infants whose hearts are typically young and strong, a cardiac event is troubling because it is unexpected. Most cardiac arrests in the very young can be attributed to an alternate cause that is usually respiration related, like RSV.

A surveillance study published in the Feb. 05, 2009 issue of the New England Journal of Medicine showed that RSV is linked to substantial morbidity in US children. The study, "The Burden of Respiratory Syncytial Virus Infection in Young Children," conducted by Dr. Caroline Breese Hall et al, from the University of Rochester School of Medicine and Dentistry, also showed that most children who presented with RSV were previously healthy.

Worldwide, RSV is the most common cause of lower respiratory infections in children less than three years of age. RSV begins as an upper respiratory disorder but when it moves into the lungs or the airways (bronchioles) of the lower respiratory tract, it can cause pneumonia and bronchiolitis. Infants are the ones most affected by RSV and seem to incur the more significant complications. In some areas, RSV can be seasonal, being more prevalent in the fall.

Long term, RSV is a virus that can reoccur for life. Repeated bouts of RSV have been linked to the development of pediatric asthma, ear infections and in later life, chronic obstructive pulmonary disorder (COPD).

RSV is highly contagious and is passed from one child to another through sneezing, coughing, direct contact and contaminated toys. Keeping children isolated from RSV is a near impossible feat which explains the high rate of incidents.

In older children or adults, RSV presents with symptoms similar to the common cold. Symptoms typically begin to emerge four to six days after transmission and include:
If RSV transitions into the lower respiratory tract and causes pneumonia or bronchiolitis, additional symptoms will occur. These will include:

Diagnosis and Treatment of RSV

Diagnosis of RSV is typically established through a visit to the doctor. X-rays, blood tests, nasal secretion tests and auscultation (listening to the lungs) is usually sufficient to confirm RSV. Being a virus, RSV does not respond to antibiotics, but they may be prescribed if the virus causes a bacterial complication.

Severe cases may require hospitalization and treatments with IV fluids, humidified oxygen therapy and albuterol administered through a nebulizer to open the airways. If a doctor deems the infant stable enough to be treated at home, then recovery may be aided by:

Some infants are more prone to complications of RSV and should be evaluated by a medical professional as soon as possible. These include premature babies or those less than six weeks of age; infants that have chronic health issues such as cystic fibrosis; infants with established lung conditions and congenital heart defects.

Prevention of RSV includes basic hygiene, avoiding exposure to the virus and keeping the home smoke free. The medication Synagis can be effective in preventing RSV. It is given by injection, once per month during the peak season of RSV. Synagis is a preventative medication and will not treat RSV once it has been contracted.