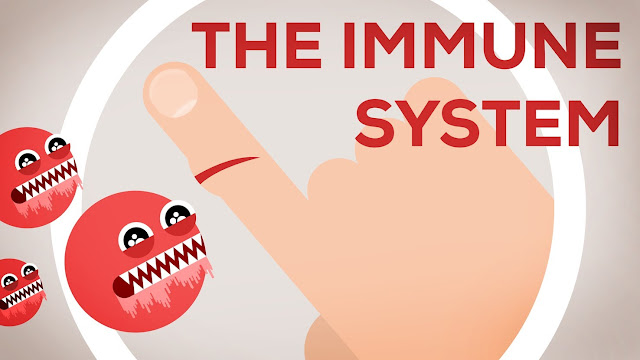 The human immune system is a multifaceted entity that is designed to fulfill two tasks: it distinguishes what is “us” from what is “not us,” and then eliminates what is “not us.” Any molecule that can be recognized by the immune system – whether it is self or non-self – is called an antigen. A healthy immune system is capable of effectively handling potentially harmful antigens, including infectious organisms, allergens, and abnormal cells (such as cancer cells).

While not technically part of the immune system, there are several anatomic barriers that must be surmounted by foreign antigens before the immune system is activated: The skin, with its germ-inhibiting sheen of oils and sweat; the mucus that coats the respiratory, gastrointestinal, and urogenital tracts; and specialized, hair-like cilia projecting from respiratory epithelial cells all serve as obstacles that help prevent attacks on the human organism. Any antigen that breaches these barriers can trigger two types of immune response: innate and acquired.

Innate immunity (also called “natural” or “nonspecific” immunity) does not require prior exposure to a particular antigen in order to be activated. The various components that make up the innate immune response simply recognize foreign antigens as “non-self,” and they react accordingly.

Important components of the innate immune system include:

Components of the acquired immune response include:

In order to provide maximum protection against harmful antigens, evolution has conferred a significant degree of overlap between the innate and acquired systems. For example, antibodies that are produced as part of the acquired response will bind to cells that are part of the innate system, thereby accelerating the activity of the latter. Complement, an array of serum proteins that adheres to foreign antigens like butter on bread, stimulates phagocytic cells to engulf the antigens (innate system); at the same time, complement triggers the release of cytokines and the production of antibodies (acquired system).

Together, then, the various constituents of the innate and acquired immune systems cooperate to generate the critical activities of successful immune defense: recognition of harmful antigens; rapid response to those antigens; immune regulation and resolution once the threat has been addressed; and memory of specific antigens to afford effectual responses to future exposures.