All types of salicylates (from the main ingredient acetylsalicylic acid or ASA), have been implicated in a condition called Reye’s Syndrome, associated with ASPIRIN® ingestion, especially by children, used to treat feverish colds or viral diseases. 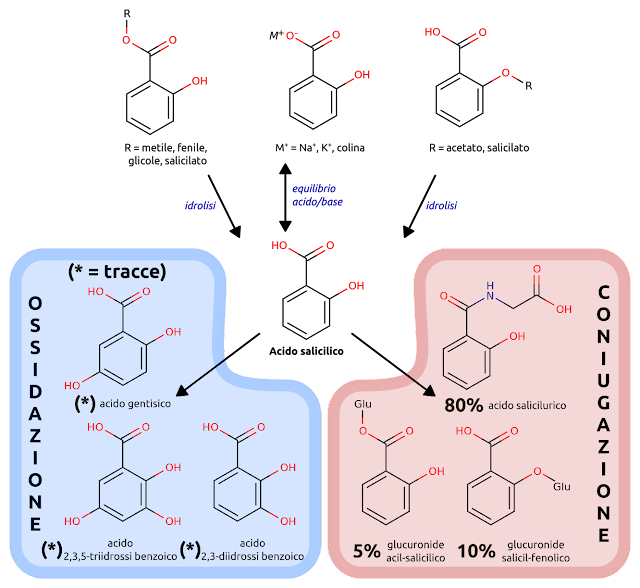 Drugs studies using acetaminophen (paracetamol outside N. A.), as well as ibuprofen and others, have only shown some unproven implications for Reye’s. With the advent of alternative pain killers, Reye’s has become less common in recent years. Nonetheless, it is important to realize that even such routinely used over-the-counter medications must be used sparingly and wisely. Headache and pain sufferers sometimes have to make tough choices.

Awareness of Reye's Syndrome is Key to Prevention

Reye's can strike quickly, affecting all body organs, especially the brain and the liver (although usually without jaundice). It is frequently associated with the use of any form of salicylate-containing drugs (ASPIRIN®-type medications) for treating colds, fevers, and influenza-like illnesses.

In 1974, the National Reye's Syndrome Foundation was the first citizens' group to generate an organized lay movement to eradicate Reye's. The U.S. Surgeon General, the Food and Drug Administration, the Centers for Disease Control and Prevention, and the American Academy of Pediatrics, all issued recommendations to avoid using ASPIRIN®-type products in anyone under 19 years of age (although no age group is immune) to treat episodes of fever-causing illness, especially flu or chicken pox. Most cases of Reye’s occur in children ages 4–12, usually following an upper respiratory or feverish infection by about one week.

Words that might appear on drug labels containing salicylates could be any of the following: ASPIRIN®, acetylsalicylate, acetylsalicylic acid, salicylic acid, or salicylate, salicylamide, or phenyl salicylates. Having Reye’s Syndrome uncaused by the ingestion of ASPIRIN® has not been ruled out, but all documented cases have been traced back to that connection, so recommendations were developed on that basis, although there is no data that salicylate other than ASPIRIN® has been associated with Reye's.

Reye's Symptoms to Watch For

Reye’s presents with sudden and acute brain damage (often mistaken for encephalopathy) and liver inflammation, and symptoms that may include long bouts of vomiting. This is followed by disorientation, irritability, and aggression, and as the condition progresses, may include lethargy, confusion, loss of consciousness, delirium, and coma, as well as seizures or personality changes with ultimate permanent brain damage.

Also noticed have been unusual placement of arms and legs, with arms extended straight and turned inward toward the body, and legs held straight with toes pointed downward. Other symptoms may mimic a stroke, including double vision, hearing loss, paralysis or muscle weakness in extremities, and speech difficulty. Immediate emergency care is necessary for early diagnosis, and prevention of brain damage or death.

There is no specific treatment for this disorder, other than to monitor the symptoms to confirm the individual’s condition. A comatose victim is considered to have suffered an acute episode, and if recovering, the overall outcome is considered good.

Only Give a Child ASPIRIN® On a Doctor’s Instructions

Reye's syndrome can result in death in children, and the usual brain inflammation and liver damage caused indicate the body reacting as if to poisoning. Few cases of Reye’s have been documented in adults, with most completely recovering within a few weeks. But in children, results have been serious, with permanent brain damage and an average of 30 percent fatalities.

Any ASPIRIN®-like drugs should be avoided if a person has been diagnosed with chicken pox, or for several weeks after a child has received a chickenpox vaccination or any fever symptoms. In addition, the treating doctor must be given this information. OTC medications like Pepto-Bismol® or anything containing Wintergreen oil generally contain salicylates and should not be given to someone with either a cold or fever.