How To Quit Smoking With Zyban

Stopping smoking can be extremely difficult for thousands of people who find willpower alone is simply not enough to get them off the dreaded weed for good.

Instead they invariably turn to the hundreds of so-called “miracle” fixes on the market, often paying substantial sums of money for very disappointing results. 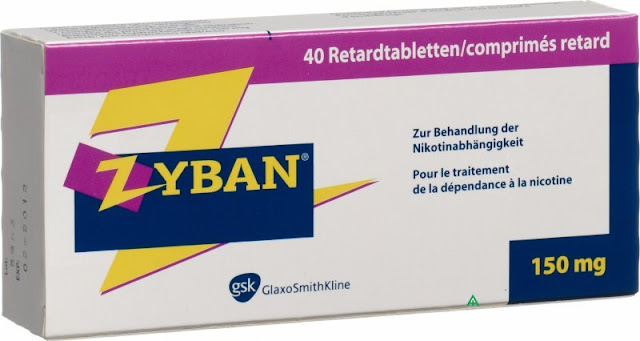 However, the anti-depressant, Zyban, if used correctly and in consultation with a doctor, has delivered impressive results by training the brain to “forget” the cravings associated with smoking.

Zyban is the trade name of the drug "bupropion" and it was approved as a stop smoking aid in 1997. The same drug, was previously and still is known as an anti-depressant and is manufactured under the name of Wellbutrin.

The manufacture of Zyban began after smokers taking the anti-depressant medication Wellbutrin (another name for Zyban), reported that their nicotine dependence seemed to diminish, to the point where it was actually preferable to stop smoking rather than continue.

Zyban has been produced in the form of a pill, which is taken twice a day and is only available on prescription from a doctor. It cannot be bought over the counter at present.

How Does Zyban Work?

Zyban works on the brain by boosting two chemicals that release feelings of well being and enjoyment. This in turn reduces the severity of the withdrawal symptoms as well as reducing the urge to smoke at all.

The course begins one week before giving up smoking, so initially patients are taking Zyban whilst continuing to smoke. This is because it takes time for the Zyban to reach the necessary levels to be effective. However, some patients can start to feel “off cigarettes” within hours.
During the second week, a stop smoking date is selected and the medication continues for a further 7 - 11 weeks. If smoking doesn’t cease on the chosen date, a new one should be targeted, as close to the original as possible.

The tablet should be taken twice a day, once in the morning and again in the evening, or with at least 8 hours between doses. The pill should be taken with water and swallowed whole. It should not be chewed, crushed or divided.

Each tablet is a 150 mg dose. For the first three days, only one dose is taken and then for the rest of the treatment course, this is increased to a dose of 300 mg. No more than 300 mg should be taken in any one day.

Clinical studies have shown that withdrawal symptoms are reduced, especially feelings of irritability, anxiety, anger, poor concentration, restlessness and depression. Success rates in quitting smoking range between 15% and 25%, although one study did show the success rate to be more than double these figures. Another, from the New England Journal of Medicine concluded that almost one in three users of Zyban required no further stop smoking help.

Zyban is relatively new and studies are still being carried out concerning the effects and safety of the drug. The main concern is that it may cause seizures or convulsions and certain people are more at risk than others. It has been estimated that one out of every thousand users will suffer a seizure whilst using Zyban. For this reason, the 150 mg single dose should never be exceeded.

Those taking the drug in the form of an anti-depressant (Wellbutrin) should never take Zyban at the same time. The same goes for people being treated for anorexia nervosa or bulimia, as they are at an increased risk of suffering seizures or convulsions.

Zyban will not be prescribed without a doctor's consent, and only after taking into account and adjusting any existing medication.

Never use Zyban if:

The most common side effects reported with use of Zyban are sleeping disorders, dry mouth and headaches. The side effects are usually mild and disappear after a few weeks with continuous use.

If side effects persist, stop taking zyban and consult a doctor.