Pets don't care what we wear or if our hair is combed. 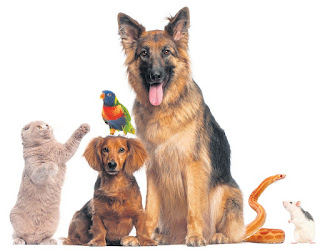 Pets provide unconditional love and companionship for people of all ages—a fact that any pet owner can confirm. But scientific research also suggests pets help people control blood pressure and manage stress. Researchers have taken an interest in pets because controlling stress and blood pressure are vital keys to reducing the risk of heart disease, heart attack, and stroke. A 2000 study, for instance, found that dogs help relieve cardiovascular stress in people who have had difficulty controlling their stress.

The study was just one of a series that demonstrated the positive health benefits of pet ownership. Dr. Karen Allen has led a team of researchers from the State University of New York (SUNY) at Buffalo in a series of pet-related studies that began more than a decade ago. Their results have repeatedly demonstrated that people show a reduced stress response (i.e., less of a rise in blood pressure or heart rate) if their pet happens to be nearby. Pets comfort us when we face life’s many challenges.

Research has found that health benefits are not limited to dogs or (by extension) cats. A study found that watching brightly colored fish swim back and forth in an aquarium helped calm people prone to disruptive behavior, such as children with attention deficit/hyperactivity disorder.

Nursing homes in both the United States and Europe have documented the helpful effects of bringing in pets to visit the residents, and many people have benefited from therapeutic programs that allow them to interact with horses, dolphins, and other animals.

Exactly why pets can have a positive physiological effect is not clear, but experts have a number of theories. Research in general has shown that people tend to be healthier when they have a companion. In addition, studies have shown that people enjoyed more social interaction if they were accompanied by a dog. It may also be that people have an easier time reaching out to a person’s pet than a person! Pets bridge all communication gaps.