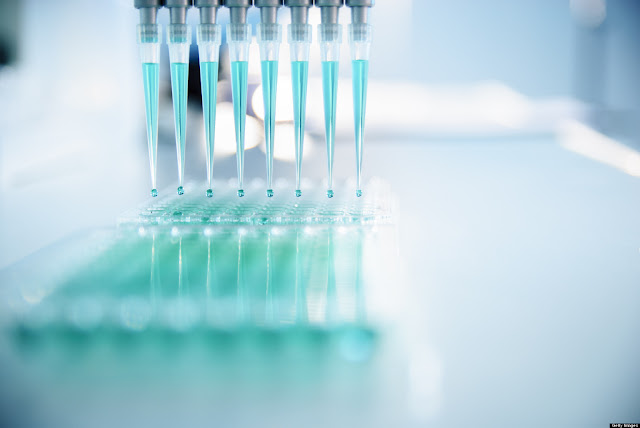 There are approximately 2,000 DTC or At-Home Genetic Tests currently available and consumers now have the option to conduct their own tests for a variety of genetic issues, ranging from ancestry to paternity to early detection of genetic disease and the potential future vulnerability to genetic disease. Prices vary depending on the complexity of the test, ranging from $100 to over a thousand dollars. Consumers can access these tests primarily through print ads and the Internet.

DTC marketing claims stress the privacy issue, stating that consumers have greater control over their test results when a doctor's office is not involved. The consumer takes the sample, usually by passing a cotton swab along the inside of the cheek, and sends it back to the lab. The results are sent back to the consumer directly from the lab. The consumer is usually responsible for interpreting the results; an interpretation by the lab is typically not included in the service.

The clinical validity of any particular genetic test, that is whether the test is actually valid to assess what it is meant to assess, is currently reviewed by the Food and Drug Administration (FDA) when a commercially distributed test kit is involved. Test kits are reviewed prior to being marketed to determine safety and effectiveness. The designation as a "test kit" is critical under this regulation. Many DTC tests are not marketed as "test kits." According to the Federal Trade Commission (FTC), no At-Home/DTC Genetic Tests have been reviewed by the FDA.

All clinical laboratories must be certified by the Department of Health and Human Services (DHHS) in areas such as personnel qualifications and quality control procedures. However, the regulations currently do not have any requirements for molecular or biochemical testing which are the type of tests that provide genetic information. This means that testing laboratories are not currently required to certify their genetic testing performance.

According to the most recent information, the Secretary of DHHS recently requested a report from the Department's genetic testing advisory committee on the existing regulatory framework for genetic testing. The advisory committee report was submitted in 2008. No direct action has been taken as a result of the report and no additional regulations have been announced. Until further federal action is taken, regulation of DTC testing will remain on a state-by-state basis under the control of state health departments. Some professional associations and patient advocacy groups also play a role in laboratory oversight.

Consumers interested in regulation of genetic testing in their home state should contact the state health department for information.

The FDA and the Centers for Disease Control and Prevention (CDC) have both issued statements concerning DTC genetic testing and the related claims made by testing companies. The FDA and CDC caution that some of the marketed predictive tests do not have any scientific validity; that is, there is no scientific evidence that having a certain genetic profile means that specific disease will or will not develop in any particular individual. The statements also caution consumers about claims that genetic testing can be used to recommend customized dietary supplements and medication or to determine an individual's susceptibility to toxic environmental exposures.

The greatest concern regarding DTC genetic testing is that genetic information is only one piece of information. Consumers acting on genetic information alone may not have all the information necessary to make a fully-informed decision. Other factors, such as lifestyle, environment, medical history, and family background should be taken into consideration. According to the FDA and the CDC, genetic testing is most effective when combined with a physical exam and medical history conducted by a medical professional.

The Federal Trade Commission (FTC) has published a booklet regarding At-Home/DTC Genetic Tests. The booklet makes the following recommendations to consumers:
(1) Talk to your doctor before you take any genetic test to make sure you understand the benefits and limitations of the test,
(2) Ask your doctor to review your test results with you, and
(3) Check the privacy policy of any on-line testing companies to make sure the website is secure and your information is protected.

At-Home/DTC Genetic Tests are now widely available for a variety of genetic concerns. These tests are easy, quick, and convenient for consumers and do not require a trip to the doctor's office. However, the FTC in cooperation with the FDA and the CDC recommend that anyone considering At-Home/DTC Genetic Tests consult with their doctor to make sure that they understand the limitations of the test and receive the most complete interpretation of the final results.