There is a wide range of different effects resulting from obesity which can affect the physical well-being of both adults and children. Key examples of obesity-related health conditions include gallbladder disease, heart disease, type2 diabetes and slipped femoral epiphysis. The latter condition is associated with the position of the ball in the hip joint moving and thus causing significant pain for those affected. 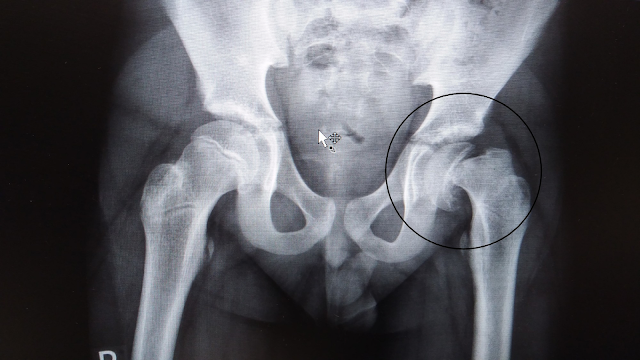 Slipped femoral epiphysis is a health condition arising from carrying excessive amounts of weight, with boys between the ages of ten and 16 being the most likely to be affected. The condition is caused by weakness of the joint between the thigh bone and ball joint, allowing the ball to slip and resulting in the child's leg appearing bowed. Chronic femoral epiphysis may also occur when the slip develops at a slower rate. This typically results in children suffering from post-exercise pain in the groin area (which dissipates following a period of rest) and may even cause a limp or result in one leg becoming shorter than the other.

A sudden acute slip is far more rare and usually results in the child suffering from a high level of pain and finding it rather difficult to even walk. This is normally caused by a gradual weakening of the ball joint and children may also complain of having knee pain due to the nerves supplying the knee being the same as those supplying the hip joint.

Obesity is directly linked to the condition of slipped femoral epiphysis because these slips or weakening within the ball of the hip joint stem from too much stress being placed upon them. This high level of stress on the joint is identified as being caused by the excessive amount of weight children who are suffering from obesity have on their small frame. In addition, as the joint is not designed to bear such a heavy load, the growth plate eventually becomes considerably weakened and typically requiring specialist treatment.

As a result of this direct link to obesity, it is crucial for parents to encourage overweight children to become more active and alter their dietary intake in order to avoid the likelihood of them suffering from this painful condition or indeed many other forms of obesity-related illness.

Slipped femoral epiphysis usually requires children to be admitted into hospital for treatment, which involves being in traction, weights and normally surgical procedures. As any form of surgery is more dangerous when performed on an obese person, there are added risks involved which must be understood. Surgery is often minor and involves the epiphysis being pinned whilst under general anaesthetic with a few small incisions. However, in more severe cases where the joint and plate has become greatly deformed the surgery may take considerably longer and involve a larger incision thus increasing any risks.

Children will usually remain in hospital for around one week post-surgery and then spend up to six weeks on crutches. Following discharge, regular appointments including X-rays will typically be necessary whilst the child is still growing.

As highlighted above, slipped femoral epiphysis involves the ball of the hip joint moving out of place causing significant pain as a result of the body struggling to carry the stress of excess weight, The condition usually requires surgery and is most common in boys of secondary school age.